UltraESB-X and UltraStudio 17.07 – A new release with many exciting features3 min read

At the start of this year, we at Adroitlogic introduced UltraESB-X 17.01, the next generation of our flagship product UltraESB, developed on top of the new, flexible, extensible and lightweight Project-X platform. It was accompanied by our new Graphical Integration Development Environment named UltraStudio, developed on top of the world’s best IDE, IntelliJ IDEA.

So after 6 months from the initial release, the second major release of this product stack – the 17.07 version – came to light in the last week. Let’s have a quick look on what has been changed and what features has been newly introduced in this latest version.

Project-X, the core framework on top of which the UltraESB-X has been built, got many performance improvements, as well as API level improvements to enhance the usability, in this release. But we were careful not to introduce any breaking changes to the APIs, so that the projects developed on the 17.01 version can be ported to the new version without much hassle.

This version also introduced Graceful Shutdown capability to the UltraESB-X server runtime along with several new management endpoints to the REST based Management Server. In addition to that, the logging framework also has been improved to make it more developer friendly while UltraStudio is providing the ability to generate log codes with ease.

In comparison to the previous version, 17.07 version has introduced the following set of new mediation features as well as enhancements to the existing features.

All the available mediation features can be found here.

In addition to the existing connector improvements, the following new connectors have been added in the new version.

All the available connectors can be found here.

All the available processors can be found here.

UltraStudio, the Graphical Integration Development Environment also got a new release in parallel to the UltraESB-X release and this new version got many usability enhancements as well as performance improvements to make the life of the developer much easier.

In addition, the UltraStudio is now available to be downloaded as a complete bundle embedded in IntelliJ IDEA as well as a standalone plugin which can be integrated to an existing Intellij IDEA installation. Feel free to go through the user guide of UltraStudio to get an overall idea about the new features.

So if you are interested in trying out these new and exciting features, head to our Getting Started Guide and give it a try. If you have any queries about any of our products, do not hesitate to contact us through our web site or just drop an email to info@adroitlogic.com. 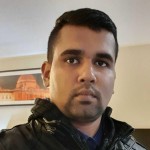 From AdroitLogic UltraStudio to AdroitLogic IPS: The complete journey of an Integration Flow7 min read

Udith GunaratnaApril 6, 2017
We at AdroitLogic recently released a new integration product stack that consists of a completely redesigned version of our flagship …
END_OF_DOCUMENT_TOKEN_TO_BE_REPLACED

How to install PHPUnit in Windows

Udith GunaratnaJune 10, 2013
If you are following Test Driven Development(TDD) in developing a software, you must use a testing framework suitable …
END_OF_DOCUMENT_TOKEN_TO_BE_REPLACED 2

U Splitter v1.0 – A multiplatform file splitter (for Windows and Ubuntu)

Udith GunaratnaJune 17, 2012
U Splitter is a lightweight application for file splitting. Using U Splitter, large files can be split into several …
END_OF_DOCUMENT_TOKEN_TO_BE_REPLACED 6

Udith GunaratnaFebruary 9, 2013
Do you think that the battery percentage/level at which Ubuntu gives the “Battery Low” warning is too high or too …
END_OF_DOCUMENT_TOKEN_TO_BE_REPLACED 1